瀏覽方式： 標題列表 簡短摘要
Today is a wonderful day, I think I'm really lucky to meet an American. What a conincedence that I started a conversation with him becuase I was working as a front guide. Becuase he saw that we wearing big hearts on our clothes, he just very interested in it. So I take him going to up stairs to look our hand-made cards. And he saw the cartoon role-tamama, he felt taht was very cute andhe wnt to buy it.

I think that was fine that I just remembered how to spell the word "make areservation" So I helped him buy cards successfully.
(繼續閱讀...)

▲top
I think I’m very depressed now…
And that’s a big shame~~
Remember when I was in my third year of senior high, Miss Lee asked us to memorized some composition samples, and I remember there is an article on “Depression” We always wrote something that how do we
(繼續閱讀...)

▲top
This is a new training for me. I think it is very important to me to enhence my English abilioty, and I want to minor in English department, so it's a basic training now.
But I 'm afraid that I'll give it up quickly becuause I'm lack of patient...
I'll try my best to accomplish this work. By doing so, I can get my goal more and more actually!
(繼續閱讀...)

▲top
Dementia,which describes a group of symptoms that are caused by changes in brain function ,is a brain disorder that seriously affects a person’s ability to carry out daily activities.
The most common form of dementia among older people is Alzheimer’s disease (AD),
which initially involves the parts of the brain that control thought, memory, and language.
(繼續閱讀...) 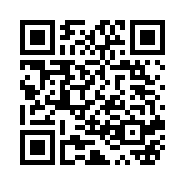